One Plus of Being Widowed: The Offsite Boyfriend

Widowed women get to date and have a boyfriend. Yup. You know, it really stinks to lose the husband you loved and depended on when you're 44 with two young kids, so there should be some kind of bonus delivered after all those years of worry and pain. Now I get to have a boyfriend at age 50. So there. I'm enjoying it. I haven't had one since 1992.

Having a boyfriend is really different than being married. First off, we don't live together and we don't have any kind of contract in writing,  so I don't have to get all irritated at him for leaving his socks on the floor or not fixing the sticky lock on the back door, or being late coming home from work, or pissed that he left it to me to cook dinner for the 10 trillionth time, or left a wine stain on the counter, or won't help me figure out the damned health insurance morass. No, that sort of conflict is for married people. If you have an offsite boyfriend instead of being married, at this age, you don't get all pissy over household tasks and general maintenance and administration. Nah, I'm already used to doing every single one of those things by myself. However, if my offsite boyfriend does, on the other hand, CHOOSE to help me cook dinner walk the dog change a lightbulb fix a broken table drive my kids: HE'S A GREAT BIG HERO, because he doesn't have to do any of that stuff. It's not part of the deal.

I've been thinking that maybe married people should pretend that their spouses are actually just boyfriends or girlfriends and have maybe a few less expectations around the household maintenance, administration and organization. I've realized that I can actually get on quite well with unchanged lightbulbs and sticky back door locks but, boy oh boy, when that boyfriend walks in the door, I'm so happy to see him and the first thing I do is NOT grimace at him and tell him what he needs to do for me. I think when you're married it can be easy to forget that your spouse does not exist to fulfill all your unmet needs, mop up where you spilled, and be a sponge for all your free-floating garbage. The offsite boyfriend is out there in the world independently of me, living his life, doing what he needs to do. It's kind of easier to see him for the individual that he is when we're not spitting in the sink together or wondering who's going to finally clean the mudroom.

The other benefit about the offsite boyfriend when you're middle-aged is that you don't have to see each other every day,  thus eliminating any kind of "Oh, it's you again" feelings that just might possibly maybe crop up after you've spent the last 8,978 days in a row sharing the same space. Married people: I think you might want to consider getting away from your spouse on a regular basis. I don't know how you might do it, but I think I'm onto something here.

Now, tonight, the boyfriend is trying to get me to go Swing Dancing! Is that crazy or what? I mean, it's Tuesday night, after all.  He has already once before convinced me to go Tango Dancing, an event which I found frightening and fun and one which had me laughing pretty much the entire time out there on the dance floor. With the boyfriend, you try some new activities. Hey, research shows that long married couples have to reinvent date night because doing novel things can make your relationship more exciting, while simply going to that favorite restaurant AGAIN can feel as old and tired as...changing a lightbulb. You can read all about that study here http://www.nytimes.com/2008/02/12/health/12well.html

The Offsite Boyfriend: he's not my husband, my kids still don't have a father, and he doesn't live here, but he's got a lot going for him. I look forward to his next visit.
Posted by Jill Schacter at 4:15 PM 1 comment:

Email ThisBlogThis!Share to TwitterShare to FacebookShare to Pinterest
Labels: dating

Twelve Reasons Why I Write About Grief 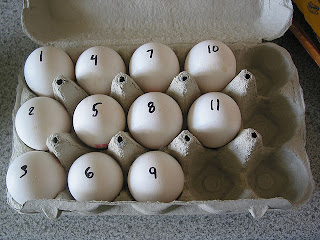 1. Nothing has awakened me to life more than my loss.
2. Pondering grief makes me appreciate how lucky I am to be healthy and alive.
3. Loss is lonely, until you find others who understand. I write for others who have had a loved one die.
4. Loss connects everyone. No one gets through life without experiencing a major loss.
5. I still find it to be an interesting topic.
6. Writing about what loss means to me makes me a happier person.
7. I can't do anything to stop loss, past or future. But I can process it and accept it more gracefully through writing.
8. Our death-denying culture is unhealthy. Embracing mortality can help you live more fully.
9. Writing about how my husband's death has affected me makes me feel connected to him in a real way.
10. Losing my husband at a younger than normal age has altered my perspective on life.
11. Every step of the way, through crisis, illness, and defeat, I've found that writing benefits mental health for the writer, and builds positive connections with readers, even when the subject matter is difficult.
12. I hope that more people, when faced with a loss, will try to use writing as a tool for recovering.

That's why I write The Heartbreak Diary.
Posted by Jill Schacter at 4:05 PM 6 comments:

Are you ready to stop thinking about your late husband or wife on a regular basis? Will you ever get enough of those old memories? Will next year's anniversary of the death pass by without psychological mayhem? Will you ever stop wanting to say his or her name aloud around those who knew your wife or husband best? 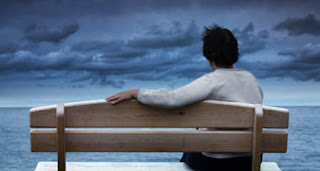 Even though my husband died 6 years ago, and even though I have a really loving, handsome, good man in my life, and even though I now feel pretty happy and well-adjusted to life after a major loss, I still think a lot about my husband who died.  I think about how radically different my life feels without him and the life I had envisioned for us, and I still think it's really lousy that he kicked it at age 52 when our kids were young. I really like being with people who knew Ken; it's comforting when they are willing to talk about him or share memories.

I think about him, and about losing him, quite often.

Turns out, thoughts and feelings about losing a spouse can last a lot longer than you might imagine. For those of us who have had a wife or husband die, the idea that grief reactions endure will come as no big surprise.

An interesting study on this topic, published in the Journal of Personality and Social Psychology a few years ago, confirms what many of us know through experience. You can find happiness again after being widowed, but the thoughts of your spouse and what you lost can last and last. The study is called: "The Time Course of Grief Reactions to Spousal Loss: Evidence from a National Probability Sample." Its major finding? "The widowed continued to talk, think, and feel emotions about their lost spouse decades later."

This isn't bad news. It's just the way it is. It's normal. If you lose your spouse here on earth, you can pretty much guarantee that he or she is going to stick around in your thoughts. Some of them will be sad. Some will be happy. Some might even promote some personal growth.

Here are just a few of the findings from this national study which included interviews with 768 widowed men and women whose spouse had died anywhere from less than one year to 64 years previously:

*  Even 20 years after the loss, it was common for a typical survey respondent to think about his or her spouse at least every week or two, and to talk about him or her every month.

*  The frequency of upsetting thoughts about one's loved one decreases over time, but happy thoughts don't decrease, and they may help to maintain connection with the spouse who died

* Intense anniversary reactions can occur for years after the loss; they are common, even decades after the death.

* Over time, personal growth often arises from surviving the loss of a spouse. Growth can come from positive memories or finding other positives stemming from the loss, from spirituality, and from taking on new tasks that one's spouse used to handle.

For those of you who have been widowed, whether you've remarried or not, whether it's been one year or 20 since your spouse died, know that the thoughts you have about your loved one are normal, and they aren't likely to go away completely during your lifetime. In fact, your memories are a very real bond that connects you to your love.

If you're a friend or family member of someone who has lost a wife or husband, know that the one who died is rarely far from the thoughts of those left behind. It's how we love them after they go.
Posted by Jill Schacter at 8:54 PM No comments: